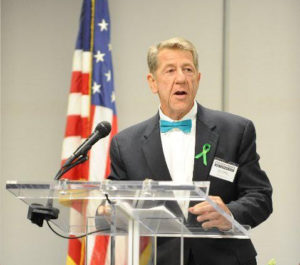 Marc D. Adelman is a former President of The State Bar of California, the largest legal regulatory agency in the world. The organization provides oversight for California’s 250,000 attorneys. He was also elected and served as President of the San Diego County Bar Association, and later honored by the 120-year-old organization as one of their “Legends of the San Diego County Bar”.

A member of the American Board of Trial Advocates (ABOTA), he is the principal of his prominent San Diego law firm, where he has gained an excellent reputation over the last 42 years as a skilled, diverse and versatile litigator in the fields of Personal Injury, Insurance, Professional Negligence, Estate and Trust litigation.  He is certified as a specialist in Legal Malpractice Law by the California Board of Legal Specialization. His clients consist of insurance companies, major corporations, charitable institutions, small businesses and private individuals.  In addition, for over 25 years he has served as a lecturer and or Adjunct Professor at the University of San Diego School of Law, California Western and Thomas Jefferson School of Law.

He also serves or has served as a panel member of the American Arbitration Association, the Kaiser Permanente Neutral Arbitration Program, and for the last 25 years as a Mediator for the Probate Department of the San Diego Superior Court hearing matter involving Fraud, Undue Influence and Mental Capacity issues. He also serves as an expert witness, consultant and lecturer on the appropriate standards of care for solo and small firm practitioners in Legal Malpractice actions.

From 1992 through 2005, the Superior Court for the County of San Diego utilized Mr. Adelman as a Superior Court Hearing Officer where he conducted Certification and Medication Hearings.  Since 1981, he also served as a Judge Pro Tem for the Municipal and Superior Courts, presiding over Criminal Preliminary Hearings, Traffic and Civil matters. The Court of Appeal, Fourth District affirmed his rulings in Wickware v. Tanner (1997) 53 Cal.App.4th 570, an appeal from a Superior Court jury trial over which he presided.

Prior to his election to the post of President of the State Bar, he served as Vice President and Chair of the Committee on Regulation and Discipline, which oversees responsibility for the attorney discipline system in California.

In 1989, he served as President of the San Diego County Bar Association, the year their impressive Bar facility was purchased by their Association.  That same year he founded the statewide organization of the California Association of Local Bars and directed the implementation of the Civil Litigation Code of Conduct of the San Diego County Bar Association. Mr. Adelman has served on seven different community and state nonprofit and charitable boards.  He has successfully designed major fund-raising campaigns in both legal and nonprofit settings.

For nearly 30 years he produced and moderated for the Judges of the Federal and Superior Courts of San Diego County a two-day program for new attorneys entitled The Judges’ Orientation Program/Bridging the Gap.  In 1997 he created and implemented, at eight different statewide locations, the Allen J. Broussard Presentation on Professionalism and Civility jointly sponsored by the Supreme Court of California, the Judicial Council and The State Bar of California.

Born July 16, 1950 in Chicago, Illinois, Mr. Adelman holds a Bachelor of Arts degree in Political Science from Western Illinois University; Macomb, Illinois, 1972.  He received his J.D. from Thomas Jefferson School of Law in San Diego, California, and was admitted to the California Bar in 1978.  His hobbies include transportation, collegiate softball, and long-distance running, completing 18 Marathons and over 200 Half Marathons distances.

Mr. Adelman holds a Bachelor of Arts degree in Political Science from Western Illinois University; Macomb, Illinois, 1972. He received his J.D. from Thomas Jefferson School of Law in San Diego, California, and was admitted to the California Bar in 1978.